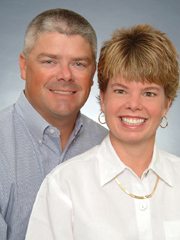 My name is and I am a native of the state of and I just couldn't get enough of what had to offer. Trip after trip, I would come to Florida on fishing adventures and would go back to Texas and like most of us would mope around for several weeks and wonder what it must be like to just not come home after one of these fabulous fishing trips. Well along came the fork in the road and I decided to take the turn to the right (no pun intended), and make my move while I could.

I had always gone to the Keys or to Flamingo for these great adventures but I knew that I couldn't go to either of these locations and make any kind of  living, unless I wanted to get a job that the law wouldn't approve of, if you know what I mean. So one day I literally took out a map of and sat down and studied my options. What about this place called ? I had never been there before. So I left after work one day and came to to check this place out. Once again I found myself asking the question, why was I still living in . I'm two hours to the keys, an hour and a half to , an hour to Pine Island Sound, and five minutes to the Ten Thousand Islands. To put his into perspective, I was strategically located in the fishing capital of the world! Now all I had to do was to figure out what I was going to do for money.

I had always been in sales since I had graduated from and had always wanted to sell real estate and this looked like the perfect spot. I'm a water person by nature and is surrounded by water, plus has almost as many miles of waterway canals as it does roads. There were lots for sale, condos for sale, homes of every shape and size for sale, so I was sold. was the place for me!

So I went back to and packed all my stuff, which consisted mostly of fishing tackle, told all my friends and family that I was retiring (just kidding) and moving to ! And the rest is history.

Now you may ask yourself, why is all of this important? Because like I said earlier, I'm like everyone else that comes to for a vacation and doesn't want to go home. I am living proof that if you want something bad enough, you just have to do it, because deep down you know it's the best thing for you!

My name is Michelle Taylor and I am a native of , to be exact. Not unlike many of you, my trips to began when I was a little girl. We would come down to where my grandfather had a condo and soak up the sun and play on the beach. He sold that condo years and years ago and I can remember him talking about what a great investment it was. Well just think if he was trying to sell it today, we could all retire…

Spring breaks were my next adventure to the . We would go to Daytona and this other place, a little island stuck out in the swamp on the southwest side of the state, but what great beaches it had. This little piece of heaven down in the mangroves was known as . What a magical little spot. You could come down and forget all about the snow and the cold weather and it wasn't nearly as crowded as Daytona and West Palm. Plus Hwy 75 came right to from , where I went to high school and also where my parents had two successful steel companies, so the threat of getting lost diminished.

After I finished high school in 1989 my parents decided to sell there businesses and retire to , so I came with them. We arrived here in 1990 and I found a job down at Harborview Realty where I worked as a secretary and an office administrator. Harborview sold out to Marco Beach Realty and I went along as part of the package, pretty much doing the same job. Prudential Florida Realty came to town and purchased us because we were the best, so here again, it was a package deal, this time I was the listing administrator. I knew the real estate business almost inside and out (more inside than out), so about 2 years ago, in 2002, I signed up for the Ed Klopfer School of Real Estate (and for those of you asking, yes I did have Broker Bob), I figured it was time to start making some real money. My knowledge of the and my outgoing personality is really what made me do it. Why not, I had seen the island change so much during my 14 years here and being in the real estate business the entire time, I felt confident I could do the best job for people wanting to come down and buy a little piece of heaven down here in the mangroves. This site is proudly powered by 1Parkplace. Copyright ©
Agent Login